Strategies to use when playing Teen Patti 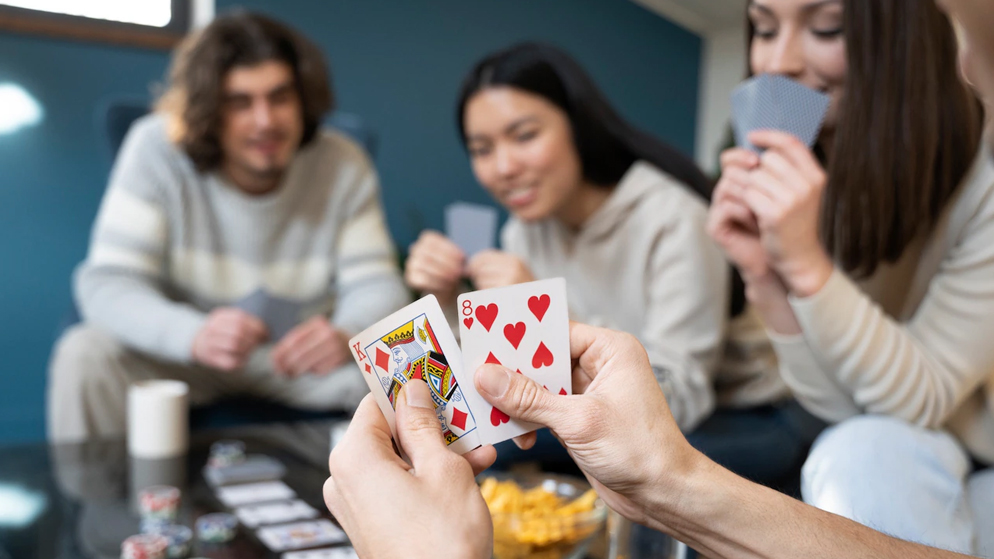 What exactly is Teen Patti?

It is known that the game had its roots in India before spreading throughout all of South Asia. The British card game 3 Card Brag is thought to have served as its origin. Today, another well-liked card game has its roots in the Teen Patti. The popular game “flush” is a simple version of Teen Patti. Asians love Teen Patti, which is often played at home at family reunions during holidays. Here are some fantastic strategies to use when playing Teen Patti if you’re one of the gamers that wants to get better at this game.

Teen Patti is played with a standard deck of 52 cards. The game is often played between three to six players. The dealer takes part in this game as well. Each player places a set sum of money on the table as their bet. Each player receives three face-down cards, and the dealer and all of the bets together form the pot.

The choice of whether to bet or fold must be made at that point. Players must place bets until either just one or just two opponents are left. In the first case, the pot is won by the individual still at the table. The two remaining players in the latter case set their bets for a show before revealing their cards. Naturally, the player with the stronger hand wins.

Start out tiny every time. It serves no purpose to start a game with a large bet. You haven’t had enough time or knowledge, particularly in the first round, to know everyone’s tells or even the state of the game.

If you are not a professional player. Placing side bets is often a surefire method to lose extra money. The house advantage for this game is often 2.26% or less, but when side bets are included. The house edge can rise sharply to 15% or more.

Even with a poor hand doesn’t mean that you will lose. It’s vital to keep calm while playing and have the ability to read other players. It’s possible that players with better hands than yours will fold before you. If you can play confidently without betting excessively, giving you the lead.

On the other hand, having a strong hand does not ensure a victory. Keep an eye on the faces, styles, and patterns of your opponents. Get as many players to fold as you can, or increase their bet if you believe they have a weak hand. After then, you can attack and take the pot.

Another strategy that can assist you both get rid of players and improve your sense of where you stand. You can do this by requesting a sideshow. You and the player seated next to you compare cards. The player with the poorer hand must lose the round and immediately fold. You will only lose your initial bet if you lose in the sideshow. It’s likely that you will lose less money at a sideshow than at the main event unless a big bet is made.

Playing Teen Patti involves using tactics. The risk of memorization is that opponents may figure out your patterns and you may lose when the pot and bets are already huge. So, playing well involves being a little unpredictable. Know your own tactics, and often vary them up at random.

Have a good tell. Learn how to behave differently depending on your hand’s strength. On the Teen Patti table, a great deal of attention is paid to tiny behaviors like pulling ears, biting nails, gazing sideways, and many other things. Knowing your habits at different times might help you set up a pattern that your rival will try to exploit, and by switching it up at the last minute, you can put them in a tight spot.

It makes sense to play blind. Don’t always bet without looking at your cards, but it can often benefit you to fool other players. They are simply left in the dark, which may help you win the hand.

The basics of the game Teen Patti are simple to grasp. But the game is mainly a test of talent. As a result, it is a game that has the potential to get complex. As long as they enter the game with plenty of practice and a solid understanding of the strategies to use when playing Teen Patti. Teen Patti is a game that allows you to win large without relying on uncertain chance.