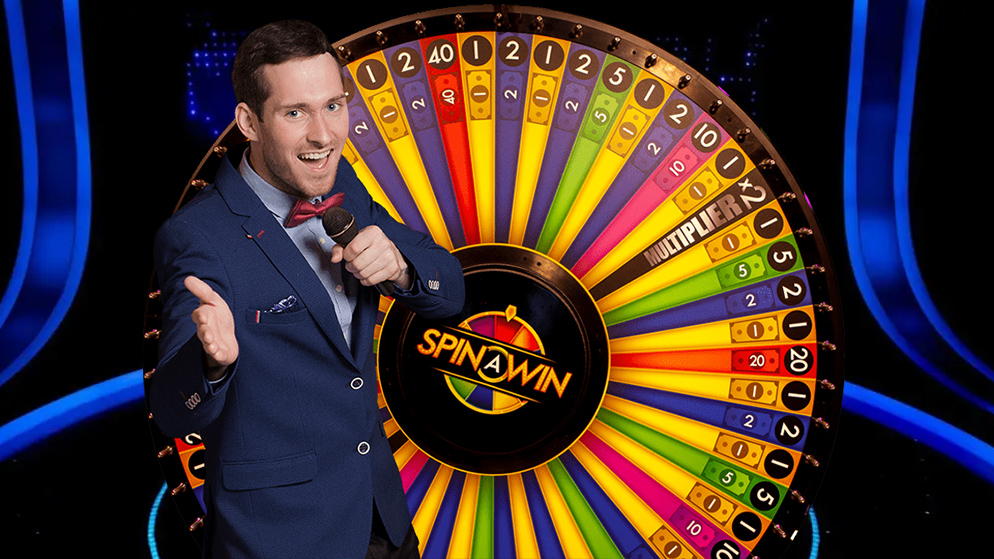 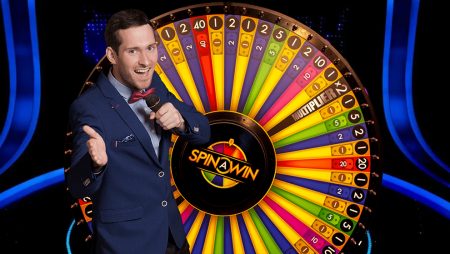 Lucky wheels have become a standard feature of live dealer games. The concept was pioneered by Dream Catcher, which resulted in increasingly innovative releases based on lucky wheels. Live Spin a Win, on the other hand, is a return to the simplicity that Dream Catcher originally provided. Look no further if you want to return to a simple gameplay that does not rely on random number generators. This Playtech release is intended for you!

So, what is the Spin A Win game by Playtech?

For a while, strategy-based online casino games are a lot of fun to play. Players, on the other hand, sometimes just want to put their feet up and play something much simpler. Playtech’s Spin a Win is a new wheel of the fortune style game. Imagine a large, colourful, upright spinning wheel if you’re unfamiliar with these simple games.

When the wheel stops spinning, players bet on which segments the marker on top will point to. Spin a Win looks and feels similar to Evolution Gaming’s Dream Catcher, but with a new twist.

Side bets can be placed here, and multiplier wins can result in massive payouts. To be honest, live hosts make or break game show casino titles—and Playtech’s hosts are animated bundles of joy to interact with.

How to play the Spin A Win game?

Before you can engage in any activity, you must first settle your bets. All coin values are displayed in the bottom right corner of the screen. Choose the coin you want to use and then place it on one or more of the fields you want to use. You have until the betting timer runs out to place all of your bets. Unlike most other lucky wheels, this game does not require you to place main bets and side bets at the same time.

After all, bets have been placed, the host will spin the lucky wheel. The wheel will begin to spin and slow down. The winning number is determined when the wheel comes to a complete stop. The flapper above the wheel will indicate a number or a multiplier. If a number is chosen, it becomes the round’s winning number. If you bet on it, you will receive the corresponding cash prize.

Playtech made certain that the Spin a Win user interface had all of the bells and whistles. Instead of going overboard, the developer chose a simple and unassuming display that does not distract players from the game.

When the betting window is closed, it fades into the background, giving players a clear view of the spinning wheel. Sound and video settings are also simple to change. By default, the video feed quality is set to high, but it automatically decreases if your internet connection is poor.

The full-screen viewing mode displays a smaller screen that is just as clear as the full screen. The live dealers at Spin a Win are quite animated and loud, so you’ll need to know how to adjust the sound. The paytable for Spin a Win couldn’t be simpler.

Betting option and payout in Spin a wheel

When playing, you can use any coin with a value ranging from $1 to $100. However, even if you can afford it, we do not recommend playing the $100 coin because it is the table limit. Indeed, in this release, the best strategy would be to spread your bets out and place a straight-number bet on all thirty-seven pockets.

This allows you to take advantage of the straight-number multiplier. That multiplier, however, varies in value with each spin. It can go as low as 17:1, with a maximum payout of 99:1. If you place a full betting board bet, you might end up losing money for that round!

To entice players, software providers frequently overburden their games with flashy bells and whistles. Sometimes the simplest approach is the best one, like Playtech’s Live Spin a Win demonstrates. It foregoes the complexity of Adventures Beyond Wonderland in favour of a straightforward gameplay loop. If you’ve been craving a simple lucky wheel, you should check out this title.

Playtech’s Live Spin a Win is a worthy “rival” to Evolution Gaming’s wheel, though it lacks two features – there are no Auto Play or Bet All options, both of which are available in Dream Catcher. Aside from that, the platform’s quality is more than adequate, and if you dislike Evolution’s version of the game for any reason, Playtech’s Spin a Win is an excellent substitute