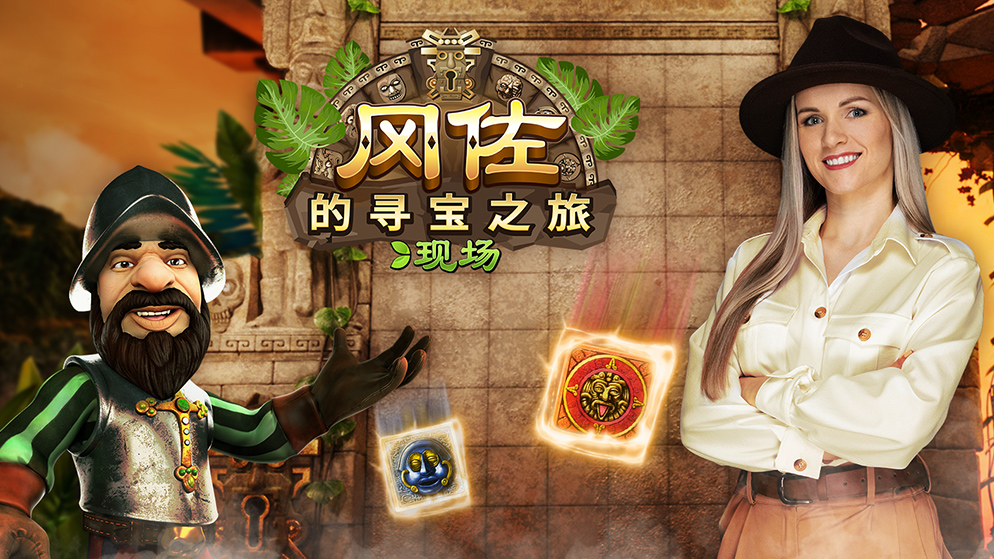 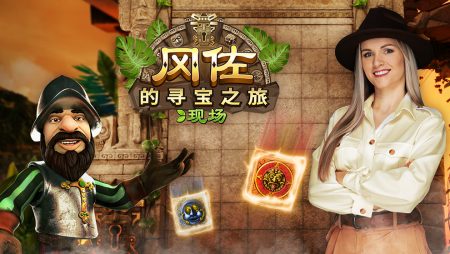 If you’re familiar with the world of online casinos, you’ve probably heard of the popular slot game Gonzo’s Quest. After all, it became such a fan favourite that it is still popular even among new casino games. Gonzo, the cartoon conquistador, is back for another adventure in Gonzo’s Treasure Hunt. This new Gonzo adventure, however, is a live game inspired by TV game shows, rather than a slot game.

Even if you’ve played the original Gonzo game, this sequel will be a new experience for you, so read our Gonzo’s Treasure Hunt review and strategy guide for tips.

So, what is Gonzo’s Treasure Hunt?

Gonzo’s Treasure Hunt Live is Evolution’s first collaboration with Netent. It’s a winning combination of an old player favourite and a live game show with a tantalising £1 million prize pool.

The stunning computer-generated background is the first thing you’ll notice. It appears to be an ancient temple straight out of an Indiana Jones film. During the show, a virtual Gonzo and a studio host dressed in explorer gear collaborate to explain, excite, and entertain.

The combination of virtual reality and a live show host, as well as the treasure-hunt-style gameplay, will appeal to current and prospective Gonzo fans, as well as live casino enthusiasts. This live casino game unquestionably raises the bar in terms of entertainment – a one-of-a-kind personalised treasure hunt with the chance to win massively multiplied prizes!

When playing Gonzo’s Treasure Hunt, you can use a low-risk betting strategy. With a low-risk strategy, you will not be betting on every stone available, but rather on stones with lower values. Remember that most rocks are of lesser value, so you have a 28% chance of discovering the treasure wall.

The medium risk strategy focuses on low-value stones as well. You must choose two orange and brown rocks for this. It’s a fantastic idea because the total number of those stones is 47. As a result, it increases your chances of winning larger payouts.

The high-risk strategy requires you to bet on every rock in the game. The game has exactly 70 stones and betting more increases your chances of winning.

Gonzo’s Treasure Hunt is currently the first live game show available in virtual reality mode. In VR mode, the game is divided into three sections, as it is in live mode. The virtual reality mode includes 360-degree multi-camera coverage and a betting interface. To place bets and begin your treasure hunt, all you need is a VR headset and a controller.

The thrilling game show from Evolution Gaming has been optimised for both small and large screen devices. It is compatible with almost all operating systems, including iOS/Android and Windows. This game is playable in both portrait and landscape mode. There are a variety of casino mobile apps available on Google’s Play Store and Apple’s App Store.

The game’s graphics and animations are fantastic. Gonzo moves and breathes in such a way that he appears almost as real as the live host standing next to him. In the background, you can see birds flying, flames flickering, and a waterfall flowing. These elements are what make the game come to life.

While the host does not affect the game, they do add a lot to the experience. Some hosts join Gonzo in his dancing, while others simply interact with players who say something in the chat.

As with any live dealer game, you will most likely have favourites among the hosts.