Online Blackjack Card Counting: All You Need to Know 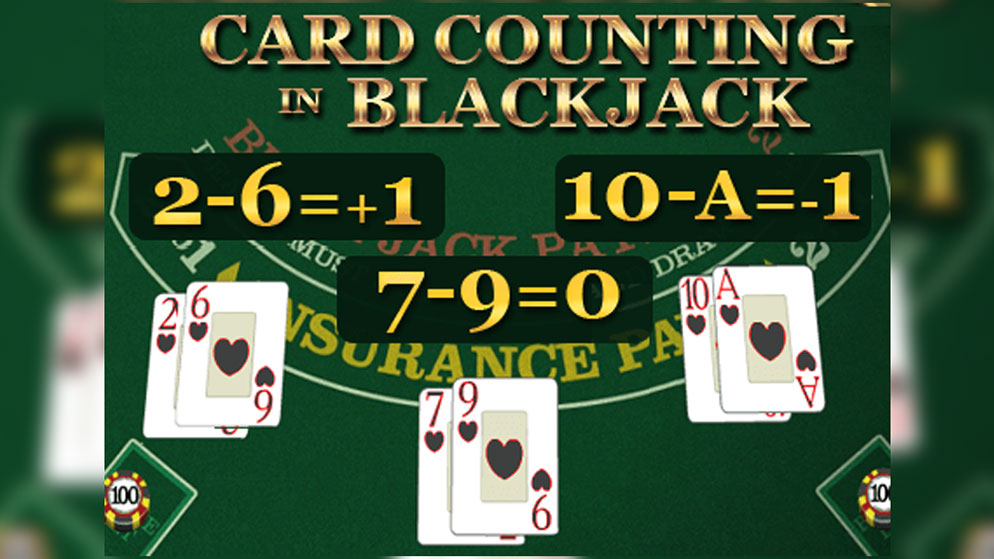 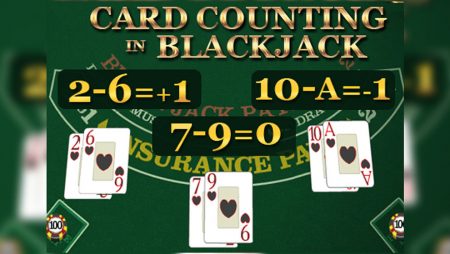 When we think about the online blackjack card counting game, perhaps the first image that comes up is from the film Hangover. Zach Galifianakis doing quick maths in his head has become the popular standout scene from the film. So much so that most who have not even seen Hangover will probably know the blackjack scene. But as most Hollywood takes, this also is a misreading of card counting. It does not, in fact, involve calculus or quadratic equations. So herein, we will take a look at what real card counting is and whether it is viable.

What is Blackjack Card Counting?

The action of ‘card counting’ is just that. To do it successfully, one keeps a tally of all the cards that have been played and their relative value. Card counting, also known as card reading, is also present in other card games like poker. But why is it so effective for Blackjack in particular?

Blackjack is the perfect card counting game because all the action in one round is dealt with from a single shoe. So the hand thus far directly influences the value of the probable card to come next. Actually, the general principle is very simple. The total number of, say, face cards and Aces are not unlimited. So if some are already in p[ay, that means there is a lower chance for them to show up again. Thus actually keeping an eye on the cards in play helps you predict whether your chances at that particular round are better or worse than average.

There are several ways to do card counting. But the most popular one is the Hi-Lo method. In this method, there are high cards with a -1 value, neutral cards with a 0 value, and low cards with a +1 value. One can get the ‘true count’ of a hand by counting the total value of all the cards in play (i.e., the running count) divided by the total number of remaining decks in the shoe. Why do ‘high cards’ lower the value of the hand? The quick explanation of that is high cards already in play means there are fewer of them in the shoe. These are the best blackjack cards. So this lowers individual player advantage, and thus the lower value. The general idea is to bet more money on a hand with very high ‘true count’ values.

If you have read this far, one thing should be clear. In blackjack, counting cards is effective because it draws from a set shoe (i.e., a compilation of several decks). Now, that makes it a static pool, and casinos know that. So it is a common practice to reshuffle by the time the shoe is down by half of its total cards. In fact, many casinos actually reshuffle every few rounds just to be sure.

Online blackjack games are powered by their video game engine algorithm and in-built RNG. It is easy to put two and two together and say that the cards are pseudo-randomly distributed without an actual deck. However, the games do draw from a phantom deck to keep parity with real blackjack. But the problem is that reshuffles are much more frequent. Many online blackjack tables will actually reshuffle every other round, irrespective of how many cards have dropped from an implied shoe. So trying to card count at an online table is a fruitless exercise. Is it possible? Sure, there is an implied deck, and the chances do change according to the logic of card counting. But the reshuffles are way too frequent to capitalize on your predictions. So all that effort would have much better use at a physical casino table.

Some would also say that the lack of a human dealer is a deal-breaker. Basically, dealers will know what card they have, and sometimes a good reader can notice ‘tells’ indicating whether their hand is the winning one. Many debate whether dealer tells are consistent enough to compliment a blackjack card strategy, but that is beside the point. The point is that online games do not have human dealers, so no chances of extra intel from ‘dealer tells’.

So online blackjack games are no good if you want to economize card counting. But what about live dealer casinos? Surely a live dealer blackjack table would be akin to a real casino, working with actual decks? The answer is both yes and no. Fully AI-operated blackjack tables have RNG at their disposal, while live dealers work with a more material deck (still a virtual deck). But they account for the possibility of card counters. So a live blackjack dealer will often play with anything from six to eight decks in the same shoe. They also remove some cards randomly from the equation before shuffling for good measure. Generally, they also reshuffle at 50% shoe depletion. In other words, by the time half of the deck is depleted, it is reset, and your card counting thus far is inconsequential.

This is why live blackjack counting is not as functional as a real casino. But if you cannot go to a real casino, a live dealer is the next best option to practice card counting. Just do not expect it to pay off as easily or as much.

Another important point is that the dealer tells. As we have explained, their usefulness is a matter of debate. But for the sake of clarification, note that live dealer blackjack cannot have dealer tells. The reason is that the dealer does not know his card beforehand. All he sees are barcodes before the game reveals the card. So the information is only available to him when it is also available to you.

One could get the idea that gaming software is ultimately AI-operated and thus predictable. But that does not hold true because all software providers in the casino games library use genuine RNG algorithms. Thus no ‘intelligent play’ is necessary. Not only is online blackjack nearly impossible to profit off with card counting, but they also ensure you use no other software exploits. For various reasons such as this, many online casinos track your gameplay at the blackjack tables. So trying to use hacks and exploits at online blackjack tables is always a bad idea.

Is Card Counting Even Possible?

There is no doubt about the legitimacy of card counting. There are many popular card counters out there. It is a mathematical approach to blackjack, and there are many resources on the internet to learn it. Nevertheless, its mileage will vary. As we have discussed, online casinos are all but immune to it, and it can have little viability in live dealer blackjack depending on house rules. It is best to reserve card counting for actual casino tables.

But as a bottom line, one must know that card counting alone is not enough. Firstly, a high-value round does not guarantee a payout. It merely adds some more chance of success than otherwise would be the case. To really profit and win consistently, you need a basic strategy alongside card counting