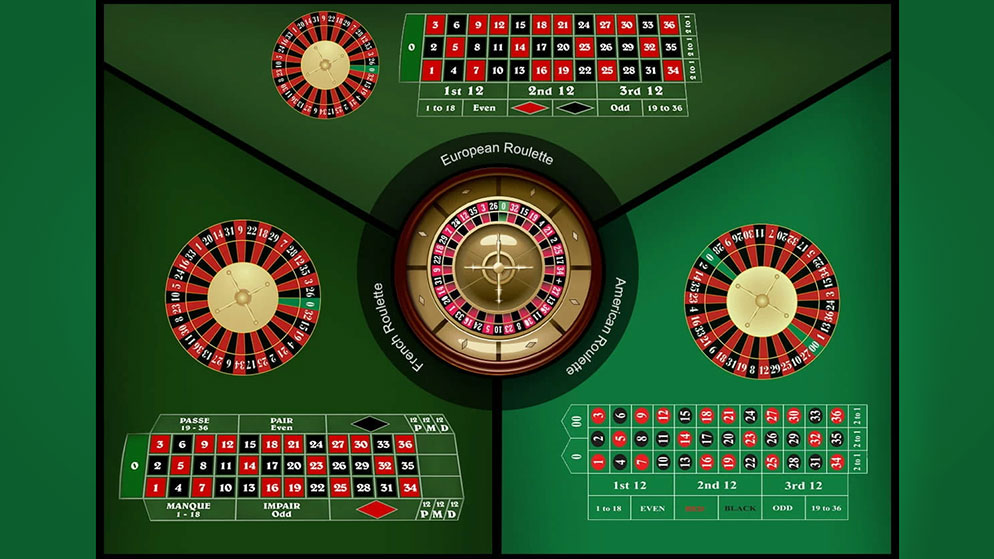 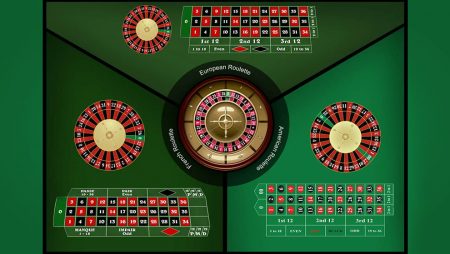 Online casino games have occupied a definite position within the heart of gamers. There are multiple categories of the game. People showed keen attention towards Blackjack, Roulette, Poker, Baccarat, etc. Among these games, Roulette came out to be one of the most played games. As the game is easy, you can consider Roulette as one of the best casino games. You can go through the simple rules for playing Roulette. The simplicity of the game makes it an easy game to understand thereby appealing to experienced gamers and novices alike. Here we will discuss the Comparison of European, American, and French Roulette.

A Bit of Roulette History

A French word, ‘Roulette’, has its literal meaning ‘a little wheel’. The history of Roulette was from long years back. Ancient Chinese people played a board game with 37 animal figures and square numbers. From China, it moved to Roman and soldiers who used to gamble before the war. Later, Blaise Pascal, a French physicist, invented the wheel for his experiments. This wheel became the basis of Roulette. Thus we can consider that the present Roulette wheel was primarily founded in France. Earlier, the French named the famous gambling game as- ‘Even-odd’ or ‘Roly-Poly’. Roulette then flourished all over Europe after the strict laws of gambling. Prince Charles of Monaco launched several casinos all over the city. And Roulette became a major source of attraction of the casinos.

Two smart French gamblers, Louis Blanc and Francois Blanc, featured Roulette in Germany. Since gambling was illegal in France around the 1850s, Germany became a new hub of Roulette. They modified the rule. There are Two Zero slots in place of One Zero slot for the benefit of the casino. Time passed, and eventually the game found its way back to France in the hands and habits of gamblers. They opened up the first casino in the modern sense of the term, as we see today upon the request of one Price Charles of Monaco III. They created the famous Monte Carlo Casino Resort, which attracted a huge number of gamblers. From there, Roulette moved to different parts of the world.

European Roulette – The Most Common Variation

The region where Roulette flourished the most is Europe. European Roulette, though started in France, is a trendy game all over the globe. It ranks as the topmost variant game. We can find European Roulette not only in Europe but also in America. The wheel of European Roulette consists of 37 pockets. It is centrally positioned with two layouts on either side. The other 36 pockets are generally red and black alternate colors, and the central pouch is green. Two types of bets are played. These are:-

Inside bets– It is held on a single number or cluster of numbers.

The game from the origin- French Roulette is also highly rated and played by gamblers. The French game is almost similar to the European Roulette. The similarity is observed with the design of the wheel and the rules of the game. There are 37 pockets with a single zero wheel. Bets are placed on the colors, for instance- Noire/Rouge. There are French terminologies for the odd/even bets and also for the high/low bets. These are- Impair/Pair and Manque/Passe, respectively. There are specific rules for French Roulette. These are:

La Partage– If the ball gets stuck into the zero pockets, half of the player’s original stake is returned.

En Prison– When the ball falls into the zero pockets, he gets a second chance. In the literal word, En Prison means ‘In Prison’. Thus the chips of the players are impounded at the table for the next round. If he wins the bet in the next round, he can revive.

All the types of Roulette have significance in their ways. Though European and French are quite similar to each other, still they all have differences. Firstly, there is a single zero in French and European Roulette while double zero in American. Secondly, in American Roulette, you can play the Five Number bet regardless of the other. There are differences between European and French Roulette. The layout of the table and the Roulette wheel between the two is different. There are smaller layouts over French Roulette in comparison to the European Roulette. One significant difference is the chips that gamblers use to bet. Then there are also coloring differences between the different Roulette. Roulette Double zero has 38 slots while single zero has 37. Thus different Roulette is attractive with their style and rules.

Thus the above article helps you to understand the type of Roulette and its rules. Whether American or European, you can enjoy any Roulette. There are better Roulette odds for European than the American Roulette. Nowadays, online Roulette from various trustworthy sites is enjoyable. You can feel the essence of Roulette from your home. You need to judge appropriately before investing and must be careful about handling. Roulette odds are essential criteria that you need to watch before enjoying. So, turn your ball around the Roulette table and have fun

Online Blackjack Card Counting: All You Need to Know
January 2, 2021

Which is Better: Satta Matka or Online Lottery
December 31, 2020

How to Make Money from Online Gambling?
December 31, 2020